After the first growing season at the property it’s become clear the garden’s not going to work for much of anything the way it is.  The soil has too much clay so it’s impossible to work with.  Knowing that, and paraphrasing The Martian, “it’s time to engineer the hell out of this.”  Time for raised beds.

Lots of internet research brought me to what I think is the best video on raised beds I’ve found so far.  Strangely enough, it looks to be from the 70’s.  But there’s ton of stuff there I haven’t seen in any of the newer videos or articles I’ve come across.  I’m not sure why, they’re gold.

The plan is to build sets of two rows with 2 feet space between them and 4 feet space between the sets.  Each of the beds are 8 x 4 and 1 foot tall.  There’s no real reason for the beds to be this size other than finding this type of wood is really easy.  In the case of the garden, there will be three of these length-wise.

Because I don’t know what I’m doing the initial beds are going to be made from fir.  It’s cheap so I don’t mind if I really mess up, but this means that I’ll need to replace them in a couple of years.  The internet tells me linseed oil is great, but University of Georgia Extension says this is not true.  Being that there’s doesn’t seem to be any other option that’s not poison I might as well try it.  Not “boiled linseed oil,” as that looks to be a marketing name as it’s not boiled but full of chemicals that aren’t good for humans.  Plain, old, boring, linseed oil.  Gave all the wood a thick coat and let it dry overnight. 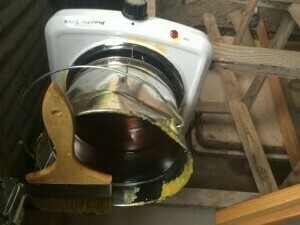 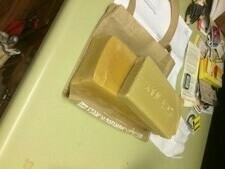 With the same mentality as before, I can engineer linseed oil to be way better if I blend it with something else that’s got the right properties.  Water proof, rot proof, easy to handle and available quickly.  Bees wax it is.  Made a concoction that turned out to be 1lb bees wax and quarter gallon linseed oil.

Hopefully I can put them together and in the ground before winter really hits.